The task was to construct a stage in the centre of the french city Lyon. The construction should be optimised and flexible.

Unlike big stages with expensive events, this one is supposed to offer a cultural platform for a diverse audience and will serve as a multifunctional space with versatile possibilities to be played on. Especially smaller drama, music, and dance groups should be given the possibility to present themselves. To transfer this openness and multifacetedness into use of forms, we developed a own construction concept: With ten different triangles we create a free form what roofes the stage. Like this the stage is not only functional, but also appears as an open, dynamic sculpture, setting a vitalizing accent to the place. 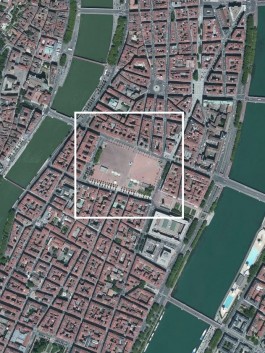 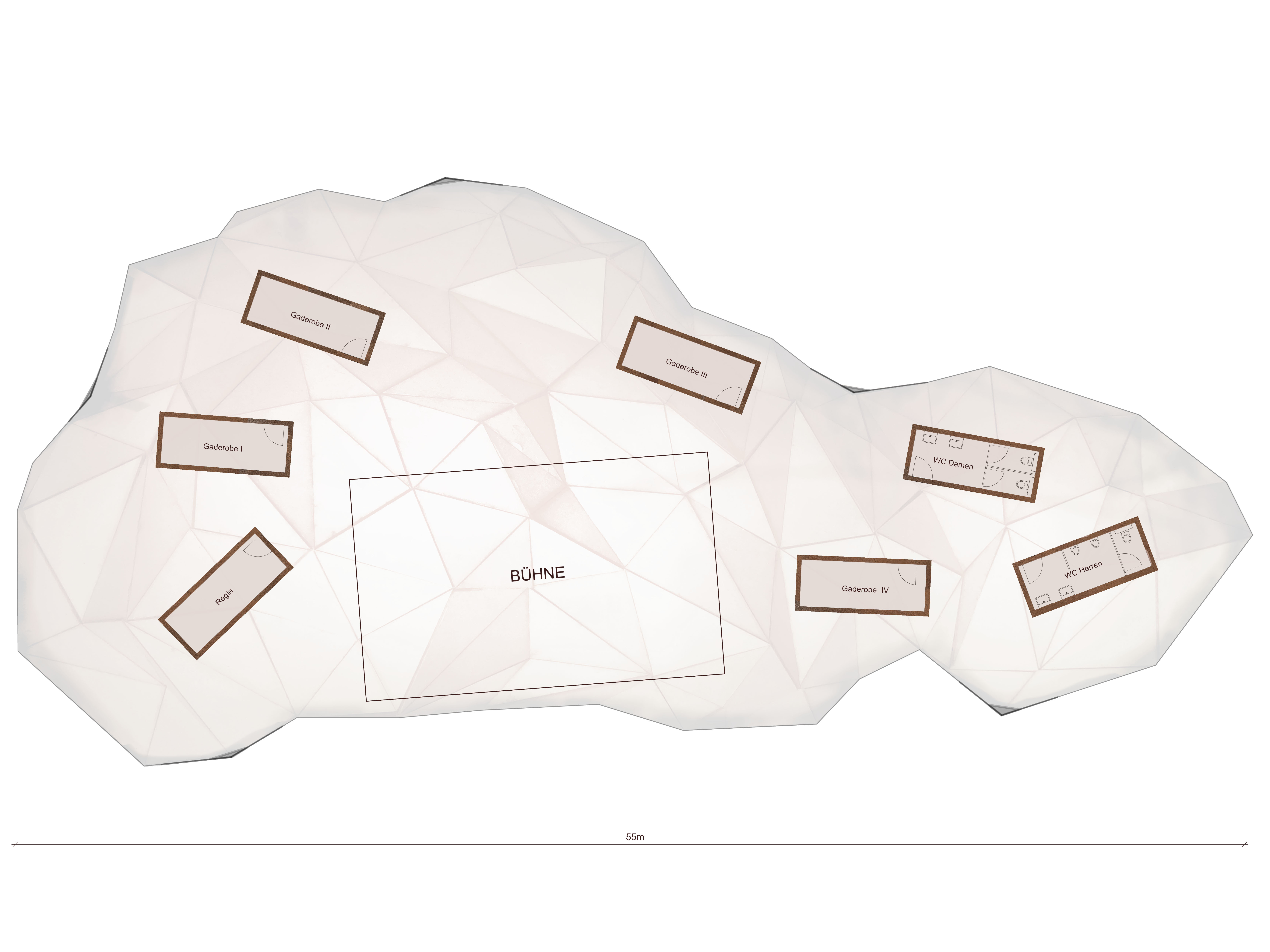 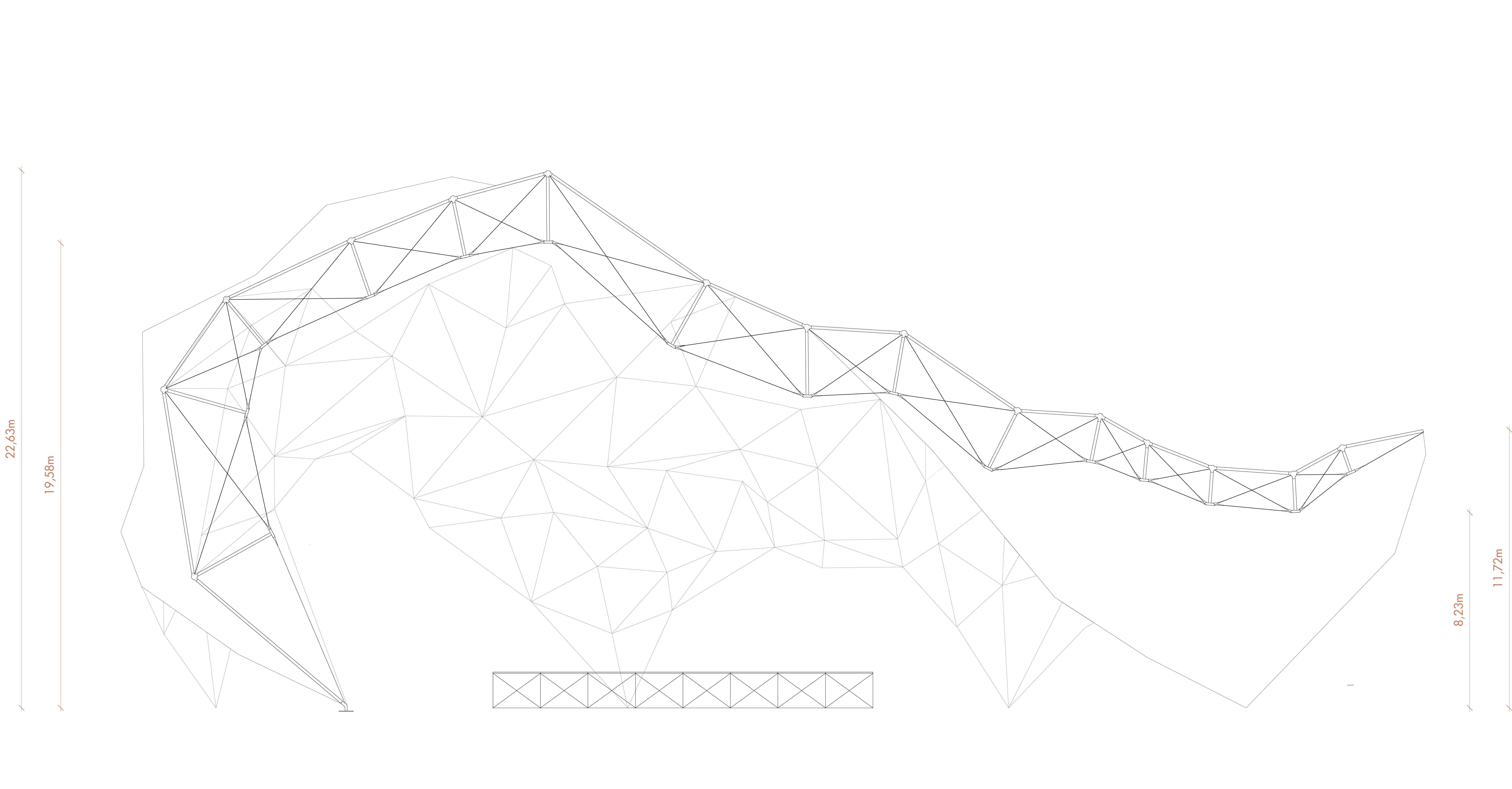 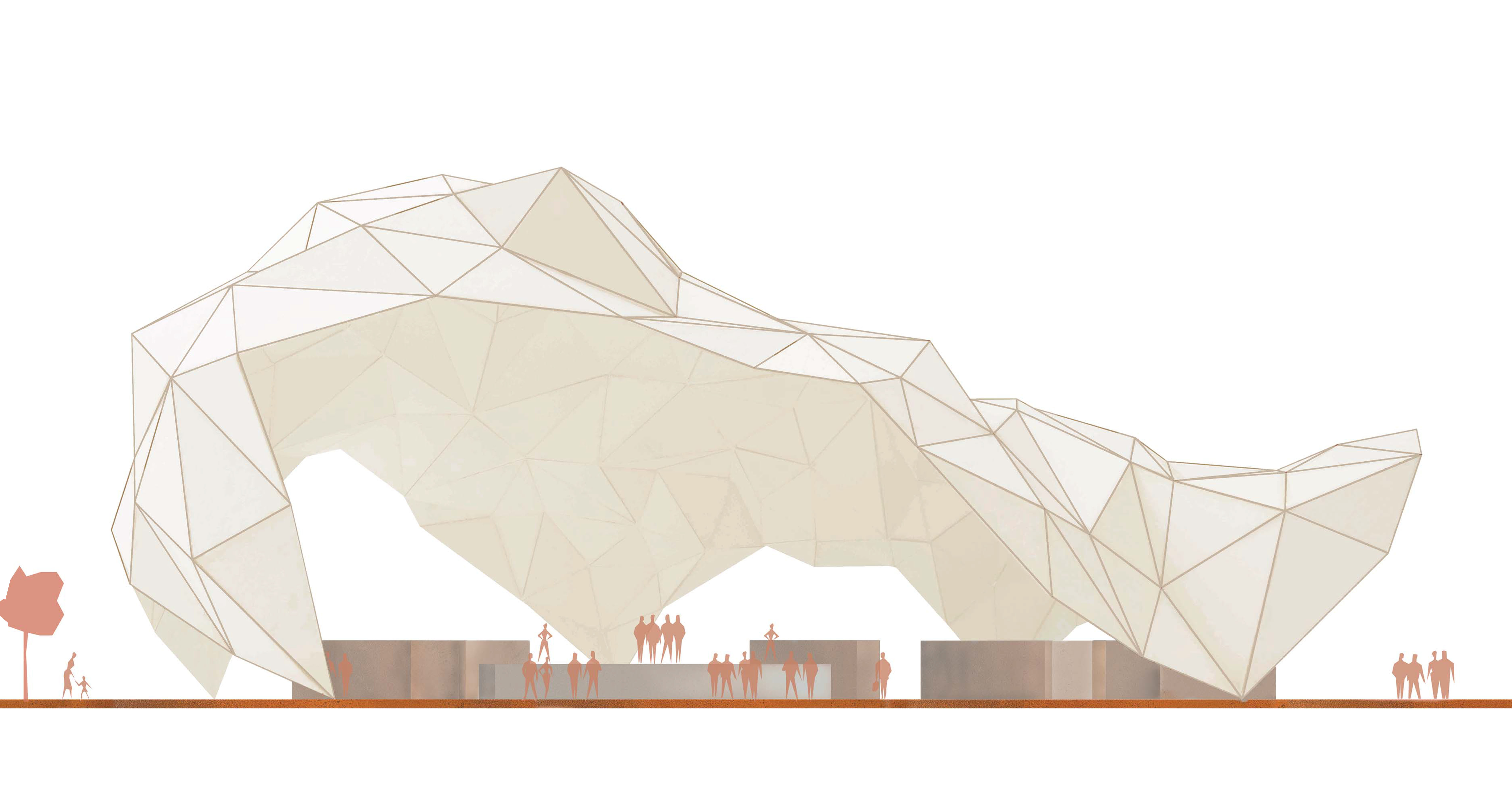 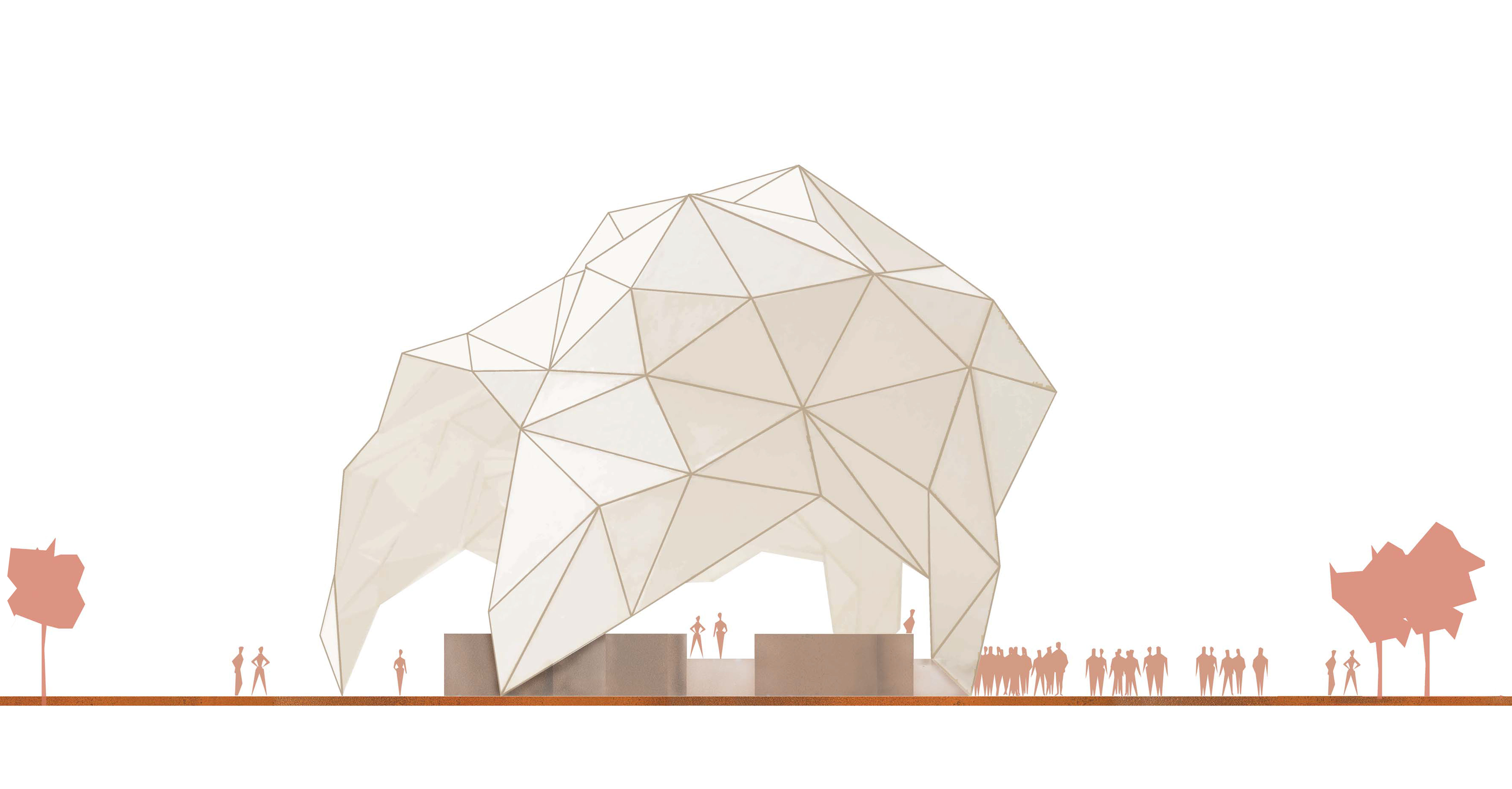 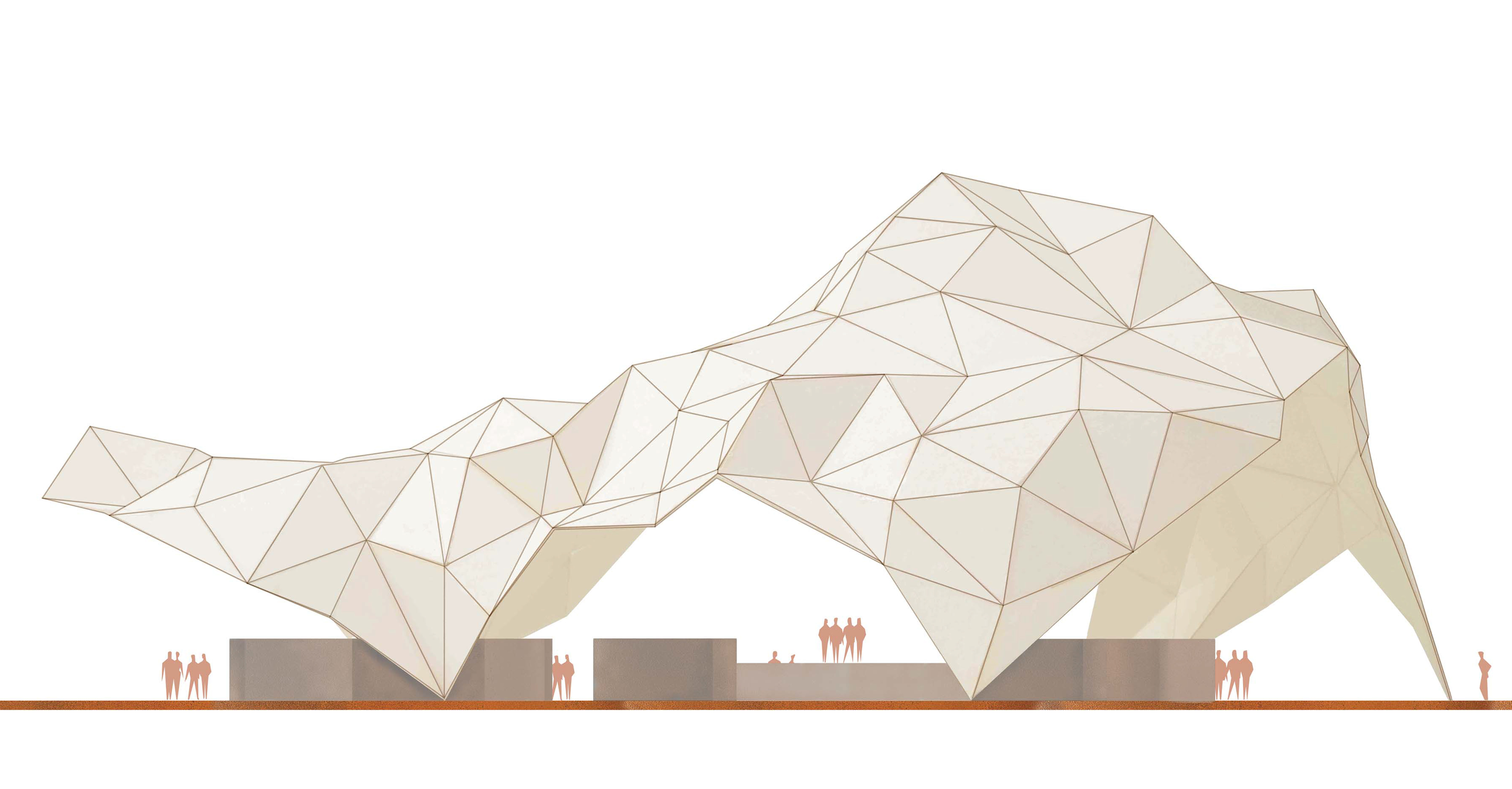 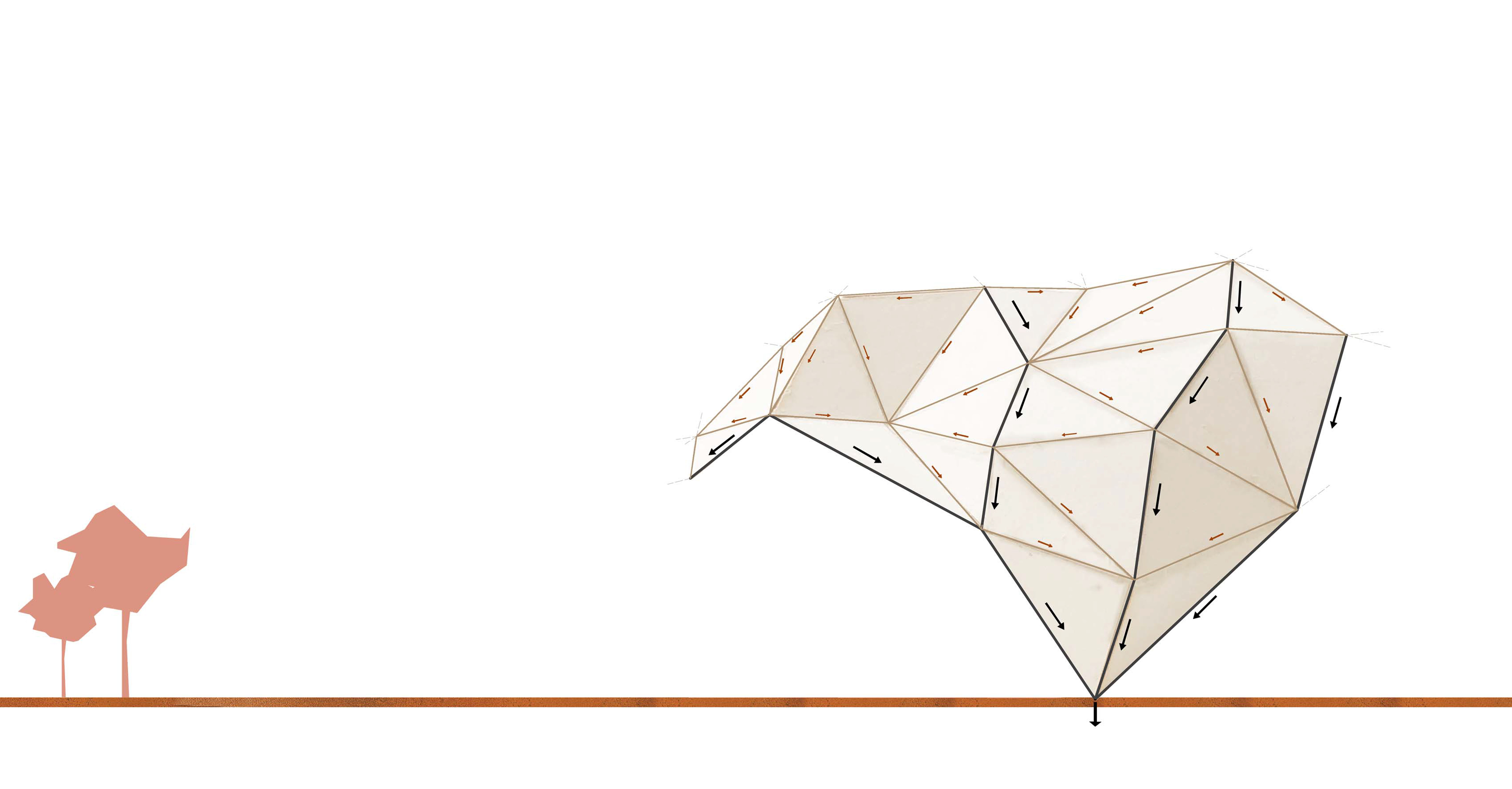 north view with system of the supporting structure 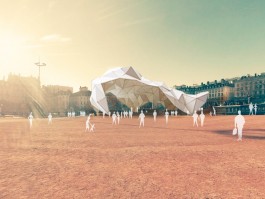 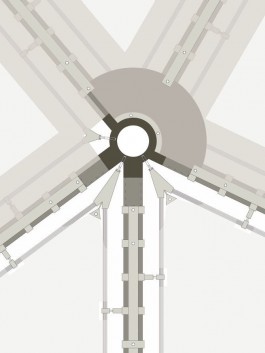 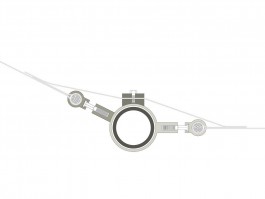 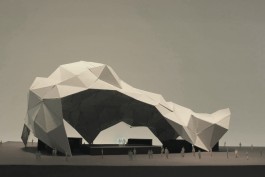 front view of the stage 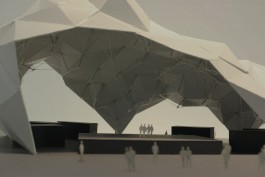 interior construction of the stage